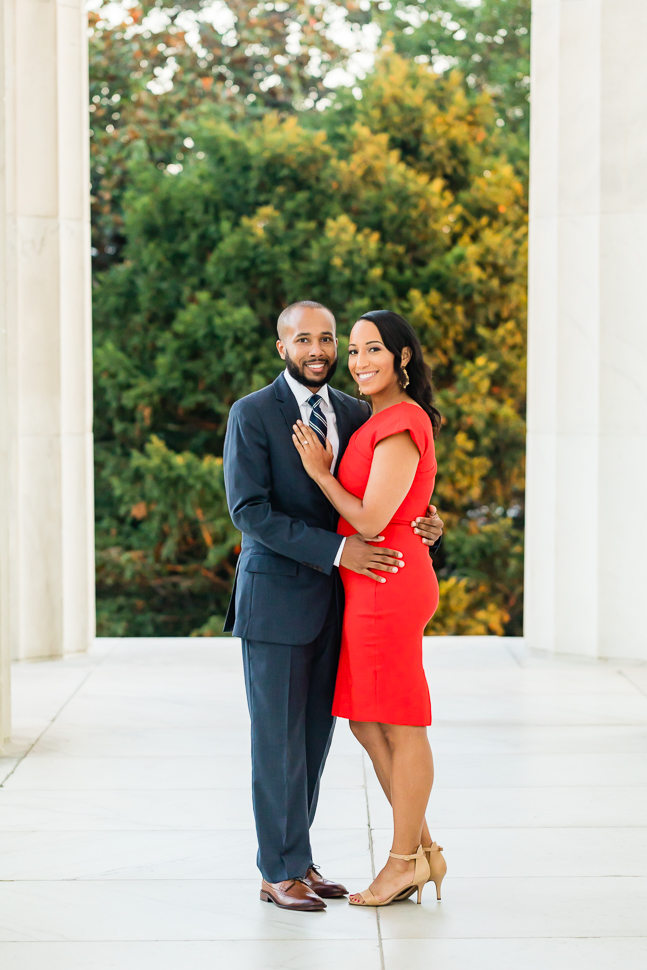 David and Meredith met the “old fashioned” way: online. After Meredith initiated the first conversation, David eventually asked her out to dinner on U Street. On the night we were set to meet, however, Meredith made the regrettable mistake of driving to U Street. After looking for parking for more than 20 minutes, Meredith arrived to the restaurant just before David was about to leave the restaurant, believing he was being stood up.

After three years of dating, David decided to propose during a romantic trip to Charlottesville, Virginia, home of my alma mater, the University of Virginia. But just days before the trip, Meredith became very ill and the trip was cancelled. Once Meredith was feeling better, David took her out to see the not-at-all romantic movie “Moonlight,” followed by dinner at one of their favorite restaurants, Himitsu. When they arrived back at Meredith’s apartment, there were flowers and champagne waiting on the counter. David got down on one knee and popped the question!

Meredith and David felt very fortunate to live in the DC area and have the monuments in their backyard. They wanted to showcase the beauty of our city as well as the beautiful sunrise we are able to see every day. They also wanted to wear patriotic colors since we are in our nation’s capital. The day started very early (sunrise!) but it was a complete success!

As far as the wedding, Meredith and David are looking forward to having all of their family and friends gathered in one place and most looking forward to food, cake, and merriment!  Meredith’s engagement session has also been featured in Munaluchi Bride and Aisle Perfect.  Check out some of the images from their patriotic engagement session below.