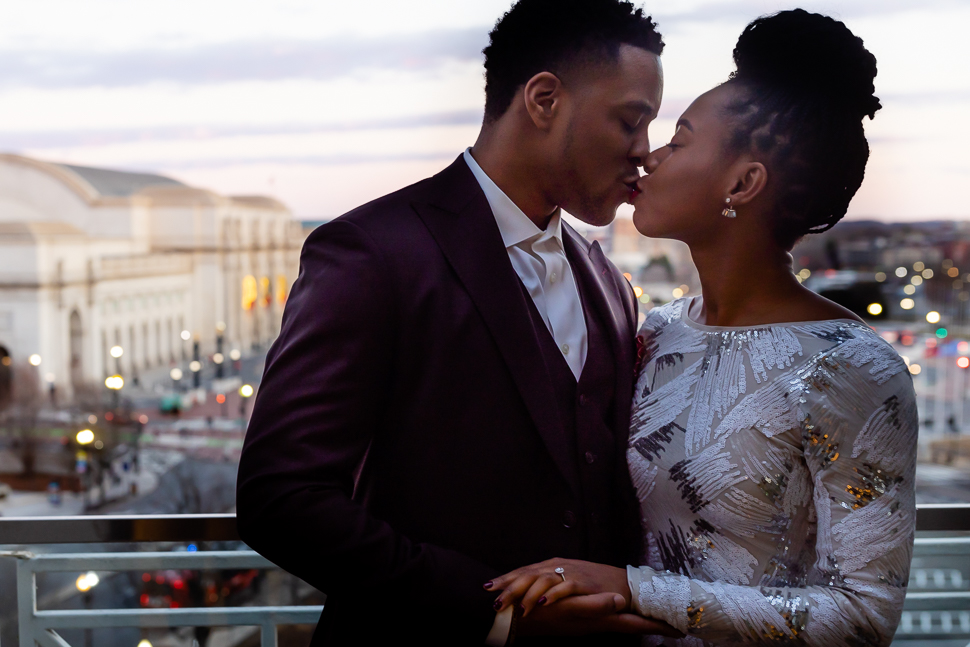 Washington DC Surprise Proposal Photographer. Reggie had just moved to DC from Tallahassee, where he attended FAMU and Kristen was in her senior year at Georgetown. It was March of 2016 and Kristen’s best friends, Libby and Courtney, were in town to visit. The stars aligned one night at Marvins on U street, where Kristen approached Reggie after noticing him at the bar. “My friend, Alyssa, dared me to go talk to him. She said he looked like Cam Newton and that I might regret it if I didn’t. Little did I know how right she was,” Kristen shared. The connection was instant and they soon realized they had a lot in common as they both grew up in Jacksonville, FL. From that moment on, Kristen and Reggie were inseparable.

It was New Year’s Eve and Kristen had just got back in town after a ski trip in Lake Tahoe with her family. Reggie told Kristen to get dressed up since they were going to meet up with some friends at a restaurant to celebrate the new year. “I was so anxious for Kristen’s arrival. Once she arrived, I blindfolded and escorted her to the hotel suite I reserved at the Phoenix Park Hotel, which was connected to the restaurant. Reggie decorated the hotel suite with roses and a “Marry Me” sign. Reggie also hired the best photographer in DC JB Elliott Photography. Kristen was in shock when Reggie removed the blindfold to find herself standing in the hotel suite, where Reggie got down on one knee and asked her to be his wife. Of course she said YES!

These pictures look absolutely amazing!!! They’re such good quality and such a vibe

How romantic is this, such a beautiful reminder of such a romantic proposal, even as an outsider I had tears in my eyes

Awww! This was incredibly beautiful to see through your photos! How romantic! Absolutely beautiful photos, they captured everything beautifully!

What a gorgeous couple and stunning photos. I love the element of surprise here. So romantic!

What a beautiful couple and beautiful photos! I love the use of the flowers and candles.

Add Your Comment
Congratulations to the lovely Regan & Otis who bec