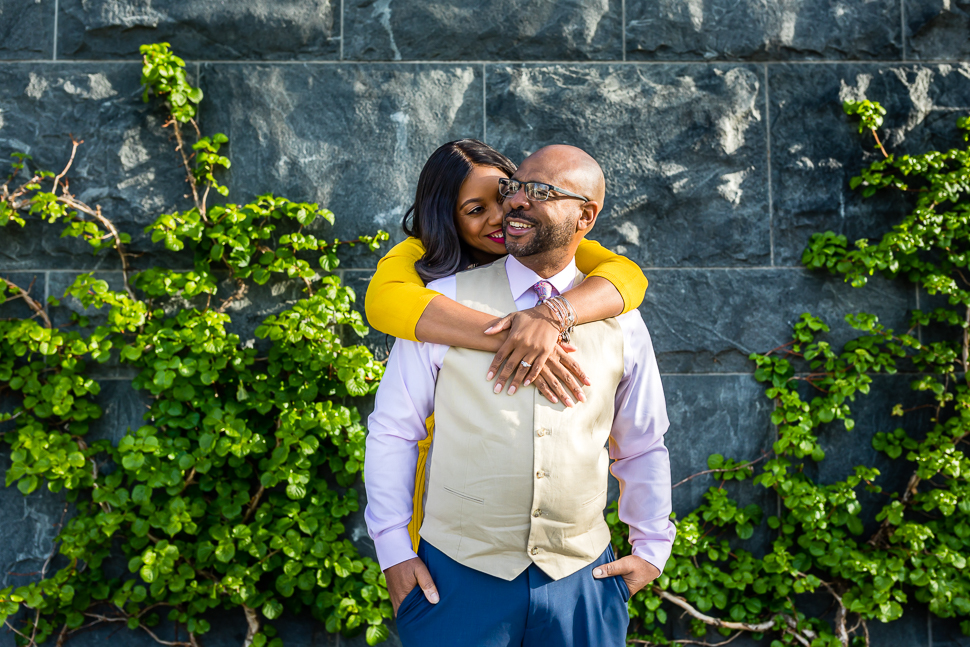 DMV Engagement Photographer. Dawn and Ivan met at work. Ivan likes to say that he fell in love with Dawn the first time he saw her. Dawn, on the other hand, had a different impression of him. She did not like him 🙂 She gave him a hard time and drilled him with a lot of questions since he would be one of her new supervisors. Dawn and Ivan both work in education. Ivan handled Dawn’s questions professionally and even though thought Dawn was beautiful, he also thought she was mean. Obviously, they have grown closer since first meeting 🙂

After some time Ivan convinced Dawn into going to Matchbox in Eastern Market in DC for their first date. They had brunch and afterwards they went for a walk and ended up sitting on a bench and talking for hours.

The proposal: Dawn and Ivan were in Cancun celebrating Ivan’s birthday. On the second night they went out to dinner and he proposed over dessert. Dawn thinks Ivan was nervous because he forgot to get down on one knee. Later that night, Ivan proposed again, on one knee and of course, Dawn said yes 🙂

Dawn and Ivan have planned to have their wedding at The Osprey’s at Belmont Bay and I’m looking forward to being apart of it as their wedding photographer. We decided on having an engagement session amongst the monuments surrounding the Library of Congress. Enjoy some of the photos we made from their session below and Contact Us to schedule your engagement session.