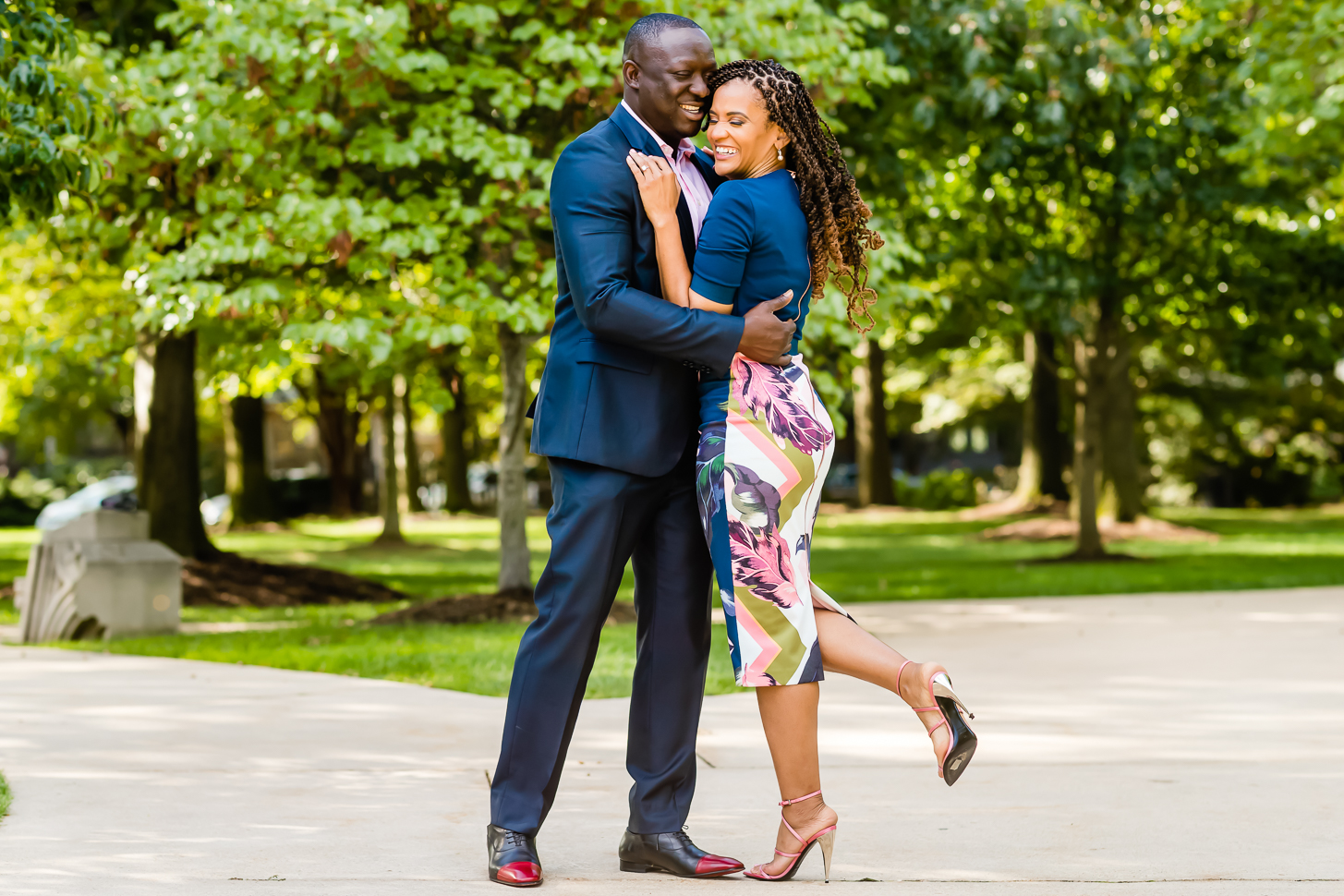 National Cathedral Engagement Session Photographer. Victor and Yannique met a few years ago when Yannique was visiting Washington DC to attend the 20 year anniversary of the Million Man March. Yannique’s best friend took her to Society lounge in Silver Spring. Victor approached Yannique while she was dancing and offered to buy her a drink. She was kind of hesitant and told him that she didn’t drink. He smiled and asked her if that meant she drink water 🙂 They wound up dancing all night and he asked her if he could take her out to brunch and they exchanged numbers.

Victor and Yannique’s first official date actually turned into a two day event. Victor planned a date night to take Yannique out. She met him in the city and they went to Mr. Phillips, and then to Blues Alley Jazz club. Yannique thought he had only come to town for one day but Victor wanted to see her on Sunday, so they went to the movies and to a Thai restaurant.

The proposal from Yannique’s point of view: “Believe it or not, we did everything backwards. I picked out my ring before he proposed. We drove to New York to the diamond district where I picked my stone out but I received my ring a few months later when his mother was visiting. We were actually fighting for a couple days, and we were supposed to meet at a restaurant where our family would also dine. I had no idea that he was going to propose that night. Mid dinner he announced that he had something to say, and proposed. I laughed throughout the whole proposal. We then left the restaurant and he took me to my favorite gelato parlor.”

Yannique and Victor are looking forward to having everyone they love together to take part in their wedding as well as sharing vows of commitment with each other. We decided on having an engagement session at the DC National Cathedral incorporating their casual style as well as some Traditional Nigerian wear . Enjoy some of the photos we made from their session below and Contact Us to schedule your engagement session.