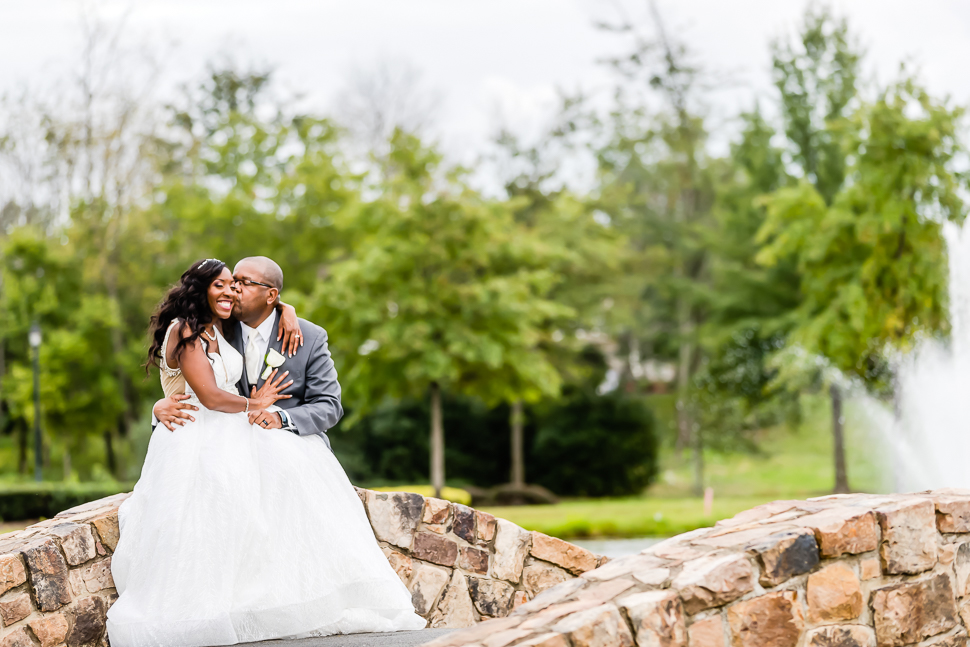 Dominion Valley Wedding Photographer. I had the pleasure of capturing Charlemae and George’s wedding at the Regency at Dominion Valley in Haymarket Virginia. I photographed Charlemae’s sister Charlene’s wedding a year prior and I have been looking forward to this wedding ever since. Charlemae chose this location because she loves water, being outside and wanted photos of her wedding day at a beautiful venue.

George and Charlemae met on Plenty of Fish and had their first date at Sushi Damo in Rockville, MD. A month later they decided to date each other exclusively. On the night of the proposal George took Charlemae to Passion Fish in Bethesda for dinner. When George was getting ready to pay the bill Charlene called to say that she was in Georgetown with her husband Sunny. They had a date and their car broke down. They were waiting for a tow truck but needed a ride home.

George and Charlemae went to the Georgetown waterfront to pick them up. It was such a beautiful view as they walked along the waterfront. While at the waterfront they both admired the view and Charlemae mentioned how romantic it was. George said this would have been a great place to propose. Charlemae agreed and George went down on his knee and asked Charlemae to be his wife. Charlemae was so surprised! Sunny and Charlene were present to witness the special moment. George had called Charlene two weeks prior and planed the whole thing! Charlene’s car never broke down and they said they had to come up with something so Charlemae wouldn’t know that he was proposing. It was a great night that they will both remember forever.