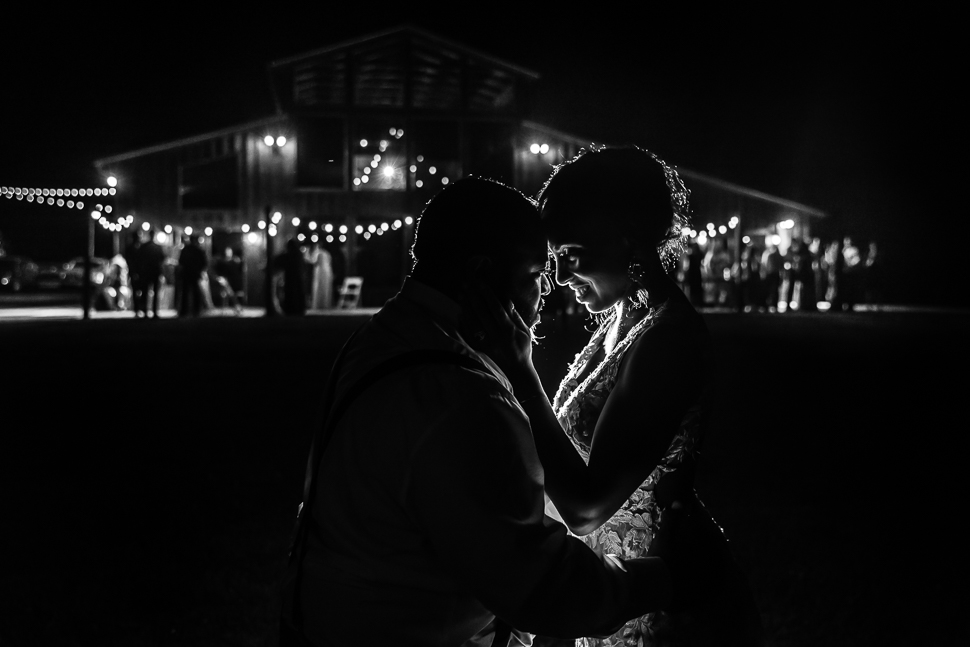 Yes it is true. Mac and Che’ met in a club. The former 40/40 Club in Atlantic City, New Jersey, to be exact. While Mac was celebrating his birthday with his friends, Che’ was out for a night with her roommates and sister after graduation. The club was pretty empty and both parties separately were ready to move to the next spot. The only female of Mac’s crew found Che’ and the ladies and asked if they would be interested hanging out with her guy friends. After the groups were introduced they found out they were staying in the same hotel, on the same floor, just doors away from each other. A couple of “smooth” lines later and both crews spent time together over the next few days. God had a plan to bring them all even closer together afterwards.

Distance may have physically separated Mac and Che’ during most of their years together but it did not prevent them from ensuring their friendship was the foundation of their relationship.  Together they have supported each other through education, career moves and making dreams a reality.  Mac and Che enjoyed time with family and friends visiting five countries, a number of states and are self-proclaimed foodies.  The success, growth and guidance of Mac and Che’s relationship has been blessed by God.  He has brought into their lives the right friends, family and organizations who have shown them love, encouragement and wisdom and have shared in every moment along the way.

The day after Mac’s birthday, Mac and Che’ met up with their friends Kenny and Tia to extend the celebrations (or so she thought).  After visiting their favorite wine shop and barbecue restaurant in Old Town Alexandria, the couples headed over to National Harbor in Maryland.  The group took to the pier in front of the ferris wheel to capture photos of the beautiful night.  After a couple of poses, Che’ turned around to see Mac on one knee.  One beautiful speech combined with one surprised lady, lead to a few intense moments of shock without an answer.  Once Tia reminded Che’ to give an answer and it was of course YES!

I knew there was something special and great about Mac when I first met him.  His faith, his ambition, his personality and yes that smile continued to draw me to him.  I remember when we first met, I told him I never expected or wanted to fall for anyone at that time.  However, I am so happy our relationship has grown stronger and deeper into a love that I never could imagine.  The great moments we have shared over the years, has shown me what a friend, love and support I have in him. Throughout this relationship I have learned nothing can stand against God’s plan and destiny.  I am so proud of what we have each accomplished in this life and look forward to sharing in the future moments.

The purpose for going to Atlantic City for my birthday was to get away and ease the loss of my mother. I knew Che’ was my sign when she knew about Hawthorne, was staying two hotel rooms away from me, was standing in my favorite Artist’s Club (Jay-Z 40/40), and then told me she was moving to Richmond for graduate school at VCU (where I spent most of my young childhood due to my mother’s illness).  Though I had lost one earth angel, I was able to gain another.  My next goal – convincing her of the same signs.

Mac and Che have been blessed to experience so much together with their true and chosen family whom they love.  They chose the amazing Faithbrooke Barn and Vineyards to celebrate their union amongst family and friends. Thank you Mac and Che for choosing JB Elliott Photography to photograph your day. The next chapter is just beginning and we are so excited to share it with you.

Enjoy a few of the images captured from their wedding day. Contact Us for your Remarkable DC Vineyard Wedding.