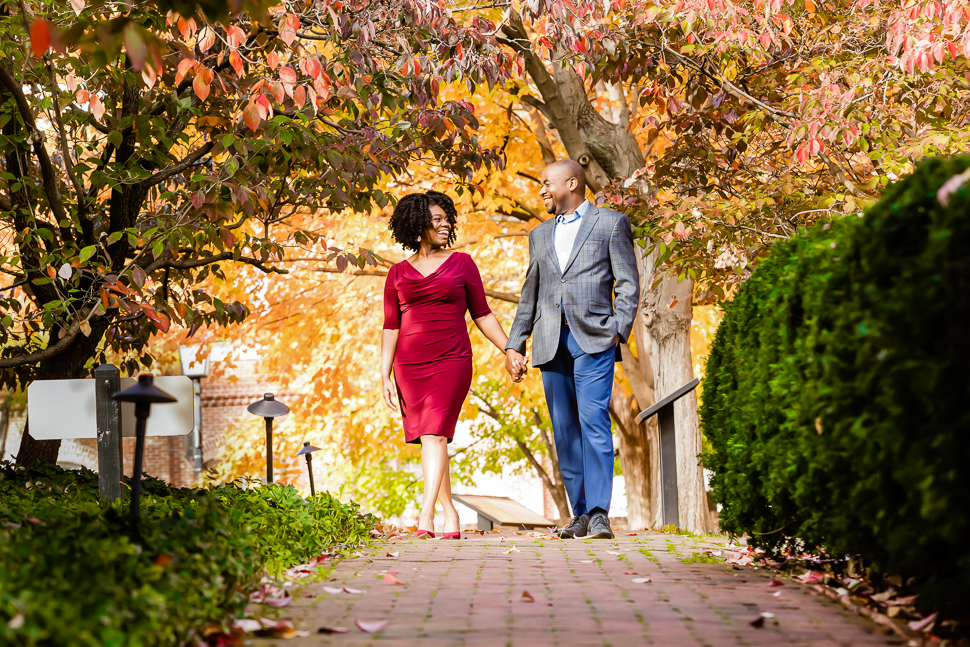 Scenic Fall Engagement Session in Old Town Alexandria, Va. Omari and Andreka met online via Match.com during the summer of 2014. They had their first phone conversation in September 2014. They continued to chat with each other all the way up to their first date two months later.

When they initially started talking Andreka lived in South Carolina and Omari lived in the Hampton Roads Virginia. They agreed that a neutral space would be best for their first meeting, so they decided on Richmond. Their first date weekend consisted of dinners, a visit to the museum, a walk through the Carytown neighborhood of Richmond and cupcakes!

Omari and Andreka talked about having a big trip for their vacation in 2019. After tossing around a few locations they ultimately decided on New Orleans. Little did Andreka know that this would be the time when Omari planned to propose. Omari even contacted her parents the Friday before they left on vacation to seek their blessing.

After a wonderful week of adventures in the Big Easy they ended the last full night on a steamboat dinner cruise. They talked about their future together and Andreka was pretty sure that they’d be taking the next step in their relationship soon. However, Andreka could have never guessed it would be that night.

They walked back to the hotel and to their room where Andreka sat down and began composing a message on the phone. Andreka remembers hearing Omari rumbling in the closet, but thought he was packing for their trip back home. Then out of the corner of her eye she sees him beside her asking her to be his wife. They called their parents to tell them the great news. Andreka and Omari enjoyed a glass of bubbly to cap off what would be the best night ever!