The Most Exciting Overhills Mansion Wedding 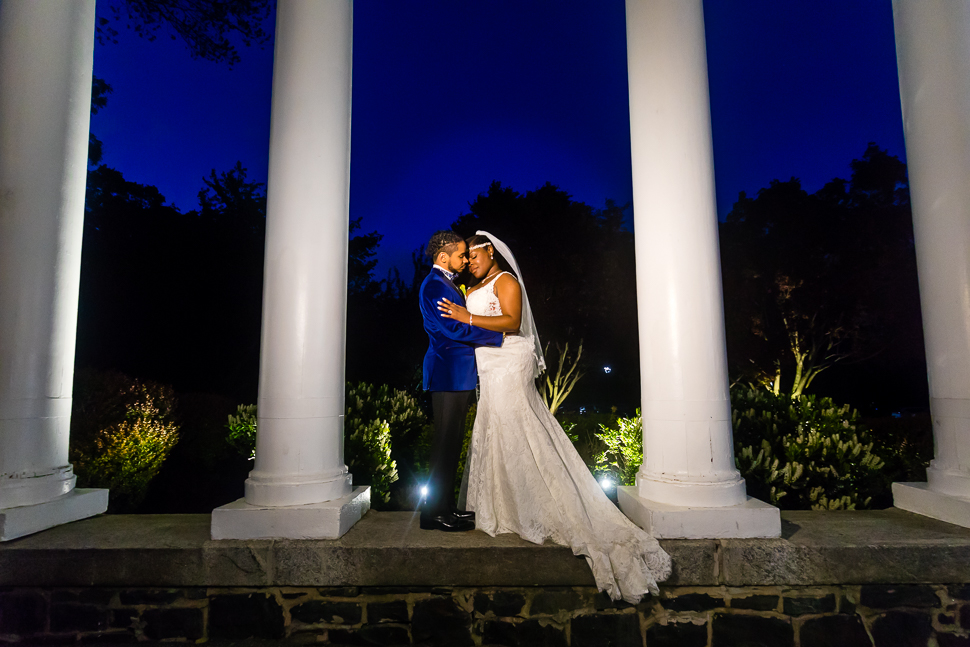 Gary and Nissa had the most exciting Overhills Mansion Wedding.

Gary and Nissa met at a 90’s nostalgia party. Nissa was celebrating her birthday with some sorors, and Gary’s friend had convinced him to go out as well. Nissa did not have eyes for Gary that night and his reserved demeanor kept him from making much of an impression. But, as the night continued, it was clear that Gary and his friends were a cool addition to Nissa’s group. Nissa got Gary’s number and asked him if they wanted to go to the next place with her friends. They agreed, but they didn’t really spend any time talking though.

Nissa randomly texted Gary to see if he wanted to hang out, as she found herself in Manhattan on a Friday night. Gary agreed to visiting a hookah bar when he got off from work, so Nissa met him at his job. They went to Karizma Lounge, where he impressed Nissa with his laid back demeanor, and politeness. When it came time to pay the bill, neither of us were really ready to call it a night. We wandered around midtown for a while, just talking, and getting to know one another.

It was November 1st, so we were kept amused by the various costumes people wore as they passed them. During our conversation, it came up that, despite frequenting Grand Central Station, Nissa had never looked up at the ceiling of the terminal. Inspired to show Nissa what she had been missing, Gary walked her to Grand Central to look at the ceiling, and admire the constellations. It was a perfect night. Nissa drove Gary to his apartment in the Bronx, since she had to travel upstate and it was on the way. Nissa really drove Gary to steal a few more minutes with him. They just couldn’t say goodbye, and stayed in the car for hours, talking, laughing, and enjoying a very eclectic collection of music Nissa had stored in her CD case lol.

Gary and Nissa have been blessed to experience so much together with their true and chosen family whom they love.  They chose the amazing Overhills Mansion to celebrate their union amongst family and friends. Thank you Gary and Nissa for choosing JB Elliott Photography to photograph your day. The next chapter is just beginning and we are so excited to share it with you.

Enjoy a few of the images captured from their wedding day. Contact Us for your Overhills Mansion Wedding.